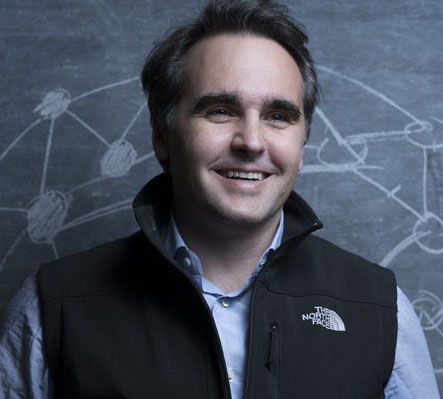 Damon Centola is the Elihu Katz Professor of Communication, Sociology and Engineering at the University of Pennsylvania, where he is Director of the Network Dynamics Group and Senior Fellow at the Leonard Davis Institute of Health Economics.

Damon’s research centers on social networks and behavior change. His work has received numerous scientific awards, including the Goodman Prize for Outstanding Contributions to Sociological Methodology in 2011; the James Coleman Award for Outstanding Research in Rationality and Society in 2017; and the Harrison White Award for Outstanding Scholarly Book in 2019. He was a developer of the NetLogo agent based modeling environment, and was awarded a U.S. Patent for inventing a method to promote diffusion in online networks. He is a member of the Sci Foo community and fellow of the Center for Advanced Study in the Behavioral Sciences at Stanford University.

Popular accounts of Damon’s work have appeared in The New York Times, The Washington Post, The Wall Street Journal, Wired, TIME, The Atlantic, Scientific American and CNN, among other outlets. His research has been funded by the National Science Foundation, the National Institutes of Health, the Robert Wood Johnson Foundation, the James S. McDonnell Foundation, the Templeton Foundation, and the Hewlett Foundation. Damon’s speaking and consulting clients include Amazon, Apple, Cigna, General Motors, Microsoft, Ben & Jerry’s, the U.S. Army, and the NBA, among others. He is a series editor for Princeton University Press and the author of How Behavior Spreads: The Science of Complex Contagions (PUP 2018), and Change: How to Make Big Things Happen (Little Brown/Spark 2021).